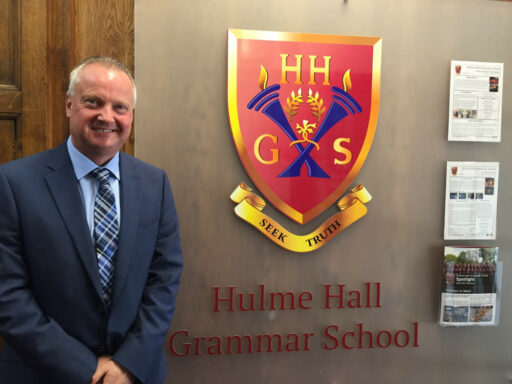 Welcome to the second edition of my “Headmaster’s Blog”.

I am sure that many of you, especially those of you who share my interest in football, will be aware of the social media blackout being employed by professional footballers, their clubs and the various football authorities this bank holiday weekend. Earlier this week, professional cricketers announced they would be following suit. How has it come to this?

I have to admit that I am not a huge fan of social media in its various forms, perhaps that is because of my age (and the fact that I don’t really understand it) and it might be that, as a teacher and a school leader, I see the damage that misuse of social media platforms can do to our young people.

I am sure there are benefits to social media use, such as building relationships amongst those who share a common interest, or helping people to stay connected with friends and family, including those who may physically be some distance away.

However, the boycott or social media blackout is the latest and perhaps most significant step to be taken recently in bringing to people’s attention the dangers of social media use, certainly in the relatively unregulated form we have it in at the moment. The media is full of stories of trolling of celebrities or racist abuse directed at professional sportspeople for example. But the damage does not end there. Virtually every school will deal with instances of bullying that either begin with or are exacerbated by social media and the impact on the mental health of some (children and adults) can be extremely severe. We also hear of instances of grooming and exploitation.

I agree with those taking action this weekend that the social media companies have a responsibility to ensure they are doing all they can to guarantee their platforms are safe and are used for the purpose for which they were originally intended. These are huge global enterprises with the most popular platforms having numbers of users in their billions (not millions) and, for that reason, are difficult to regulate effectively. However, action is needed now, especially to protect the most vulnerable in society, including our children.

In years gone by, children who were bullied at school could at least look forward to some respite whilst at home, but these days faceless, keyboard warriors can attack at any time of the day or night.

Whilst schools will always have a vital role to play in terms of educating pupils and parents regarding the perils of social media, parents have a massive role in terms of engaging with this education and making sure they understand these dangers, so that they can monitor their child’s use of social media and restrict it where necessary. I appreciate pretty much every child wants to engage on social media these days (“FOMO” – the fear of missing out is real!) and they may not respond well to such parental involvement, but I think it is part of the job I am afraid.

It is equally important to remind our children regarding how important it is that they regulate their own behaviour when using social media. They must remember that once they post something, it is very difficult to take it back and they should be mindful of the impact of their actions on others, who could be receiving similar communications from lots of other people at the same time. I tend to use a pretty simple mantra – “If you can’t say something nice, don’t say anything at all!”

I think it is a shame that there is a need for the sorts of action we are seeing this weekend, in terms of the social media blackout, but, as I said earlier, I think action is needed and I hope it has a positive impact on both those who use social media and those who own the various platforms.

Thank you for reading!

(Further support regarding the use of social media for pupils and parents is available on the Wellbeing & E-safety page on our school website.)